Indira Awas Yojana or IAY is one of the first centralised  housing schemes for Indians. It was introduced by the then Prime Minister, Rajiv Gandhi, in 1985. The scheme’s primary objective was to provide housing for the economically weaker sections in the country, and individuals belonging to below the poverty line or BPL. At first, its benefits were exclusive to beneficiaries from the Scheduled Caste and Scheduled Tribe minority groups.

However, as of 2016, IAY was officially merged with the Pradhan Mantri Awas Yojana Gramin scheme.

Indira Awas Yojana evolved over the years and is today equal in scope to PMAY Gramin scheme benefits. After proper assessment, IAY was restructured under this Pradhan Mantri Awas Yojana Gramin scheme in April 2016, just a year after  PMAY was introduced by the Indian Government.

What is the IAY Scheme

In the simplest term, IAY/PMAYG is a specialised housing scheme, offering affordable housing to homeless individuals or to families living in kutcha houses. The Central Government, with support from state governments, sponsors the construction of living units or pucca houses. These homes are then allotted to the beneficiaries of this scheme, along with several other benefits.

Each such house must be equipped with the proper living condition, as well as all sanitary amenities. Moreover, construction is carried out using eco-friendly material and procedures.

IAY Gramin scheme beneficiaries need to check whether their application is approved by the government authorities. A list of names is published each year, containing the details of all beneficiaries for this PMAYG scheme from the preceding year. To check the PMAY list, one would need to follow the steps mentioned below

This portal also allows for IAY beneficiary list, check by typing the first three characters of an individual’s name.

The primary features of this scheme include –

The PMAYG scheme relays the following beneficial aspects to its beneficiaries

How to Apply for Indira Gandhi Awas Yojana?

The Indira Gandhi Awas Yojana does not have an application procedure as such. Names of beneficiaries are chosen and forwarded to the respective authorities by the Gram Sabha. Still, registration under this scheme is possible, using the following method –

IAY benefits are easy to understand and assess. It can aid homeless individuals to acquire a proper house for their families. 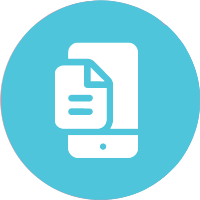